Update 11/4/13
This ended up being a very successful year! over 30 shows/cruises attended, seen all over the midwest, won over 20 awards, and am in TWO print features...Performance Auto & Sound Magazine's Nov 2013 issue on pg 134 (Tuner Battle Grounds feature) and also in the Performance Auto & Sound Magazine's ' Tuner Battle Grounds' feature that is released at SEMA. After achieving every goal possible for the car, we shall see what it holds as a new project is in store for its replacement for maybe give it a summer off :). stay tuned......

Thanks again to Kinetik, Meguiar's, FatMat, R1Concepts, NIA AutoDesign, KSport, and Corbeau for contributing to my success as well as my friends, family and car club members who've helped support me along the way as well! see you all at SEMA!
_ 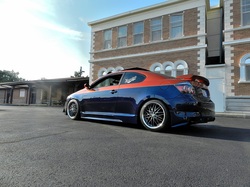 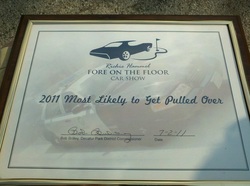 Well its the start of the 2013 year already. A lot of planning has been going on over the winter from car shows, to features to new modifications. It is going to be a great year with a progressively changing car. It'll be one of those show seasons where every few shows slight changes will occur. A lot has been getting done this winter due to it being unseasonably warm recently, but the cold has set back in. Unveiling of the 2013 season will be at Import Face Off in Ohio in April followed by DUB Memphis the following weekend. The season will start off with a BANG and hope it'll be a fun one as alot of people are getting back into the scene so it will be good to see old faces again.

Thank you for taking time out of your day to take a view of the page and the tC's progress over the past couple years!